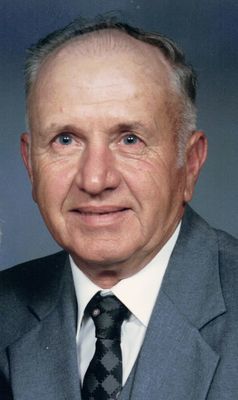 He was born on August 30, 1927 near Meinert, Missouri, to Henry and Edna (VonStrohe) Backs. He was baptized on September 11, 1927 at Zion Lutheran Church in Meinert, Missouri and was also confirmed there on March 29, 1942.
He graduated from Lockwood High School in 1946. That following December, he began one of two terms of service to his country in the United States Army. Along with fellow LHS graduates, he served in World War II stationed in Tokyo, Japan, returning to Lockwood in 1947.
He began a career in farming near Meinert until the Korean Conflict called upon his military service again where he was stationed in Europe from January 1951 to December 1952. After an honorable discharge, he returned to the farm near Meinert and lived there until entering Good Shepherd in July of 2013.

Willard was united in marriage to Lorine D. Kriessler on November 5, 1955 at Zion Lutheran Church in Lincoln, Missouri. Together they worked on the family farm raising field crops and livestock.
Willard continued service to his country with membership in the Roy E. Carr American Legion Post #372 in Lockwood as well as Veteran’s Vocational Education program. His service to the local community included the Dade County Farm Services Administration committee, MFA Oil delegate, and 30-plus years as treasurer of the Grant Township Road Board. He served as a board member for the MFA Farmer’s Exchange and Good Shepherd Nursing Home where he also served as board president.
He served as elder and trustee at Zion Lutheran Church in Meinert, Missouri prior to transferring to Immanuel Lutheran Church in Lockwood, Missouri, where he served on various committees.
Willard enjoyed being a long time member of the MFA Oil bowling team and along with Lorine, enjoyed country music, dancing and trips to Branson. His greatest joy was that of his grandchildren and their accomplishments.

Survivors include two sons: Larry Backs and wife, Susan, of Overland Park, Kansas; and Ronnie Backs and his wife, Teresa, of Lockwood, Missouri; four grandchildren: Kristen Backs of Republic, Missouri; Jordan Backs of Lockwood, Missouri; Ryan Backs and wife, Meagan, of Fayetteville, Arkansas; and Caroline Backs of Overland Park, Kansas; and one sister, Janet Knaust of Joplin, Missouri. He was preceded in death by his wife, Lorine, in August 2018; his parents; one sister and two brother-in-laws.
Funeral services were held Monday, May 13, 2019, in the Immanuel Lutheran Church. Burial followed in the Immanuel Lutheran Cemetery at Meinert.
Memorial contributions may be made to the Immanuel Lutheran School or to the Lockwood American Legion Post #372 Roy E. Carr.
Online condolences may be shared at www.greenfieldfuneralchapel.com.
Services were under the care of Lockwood Funeral Chapel. 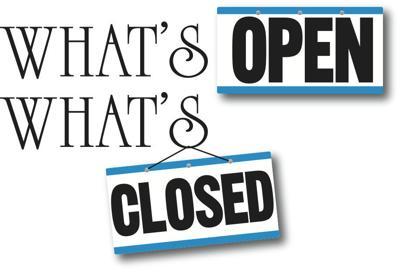