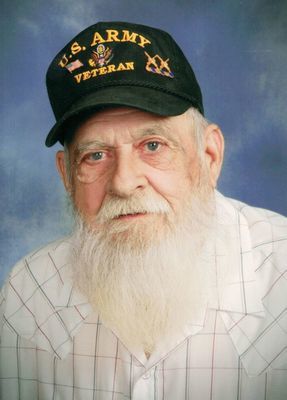 William Jackson “Jack” McKinley, age 83 years and 11 months, was born March 6, 1936 in Springfield, Missouri to William Harold and Alma (Wilson) McKinley. He entered the Kingdom of Heaven, surrounded by his family, on Sunday, February 9, 2020.

Jack grew up in Greenfield, Missouri and attended school there, graduating in 1954. He was a lifelong member of Ebenezer Presbyterian Church. He attended college for a year and then joined the Army, attending basic training at Fort Leonard Wood, training as a mechanic at Fort Benning, Georgia. His first duty station was at Fort Riley, Kansas, but his orders were changed three weeks later, which would send him to Fort William Davis in the Panama Canal Zone.

He married Patricia Allene Wastall before shipping out and his new bride joined him in Panama three months later. Their first child, Lilma Kaye, was born in 1957 while they were in Panama. Jack served two years in active duty and four years in the reserve.
Jack and Pat returned to Greenfield from Panama and began farming. In 1959, their second child, William Jackson McKinley, Jr., was born.
While still farming, Jack became a small business owner, purchasing the Greenfield Laundry and Car Wash, which he ran until 2002 when he retired.

He was an avid collector of arrowheads, often combing creek beds or newly plowed fields for these historical treasures.
He was one of the original Buffalo Days grill masters, and was once crowned Buffalo Days King. He also served as the Buffalo Days Grand Marshal, driving his 1956 replica Shay Model A in the parade.
He loved gardening, playing cards with friends and family, woodworking, fishing, and camping. He and Pat traveled to McAllen, Texas for 16 years to enjoy the warmth during the winters. His reputation for cooking shrimp and fish for the family was unmatched.
Jack was predeceased by his parents and his brother-in-law, Howard O. Wilson. He is survived by the love of his life, Pat, with whom he enjoyed laughter, fun, and adventures for 63 years; his daughter, Kaye Shorter (Mike) of Lockwood; his son, Bill McKinley (Nicole) of College Station, Texas; three granddaughters: Cassie Taylor (Brad) of Greenfield; Shauna Romine (Daniel) of Springfield; Elissa McKinley of Milwaukee, Wisconsin; four grandsons: Logan McKinley of College Station, Texas; Christian McKinley of Milwaukee, Wisconsin; Brad Shorter (Alicia) of Carl Junction; Chris Shorter (Robin) of Springfield; 12 great-grandchildren: Hali, Brayden, Izaac, Jackson, Brody, Maddox, Bryndle, Mason, Bristol, Brooks, Emmy, and Brice. He is also survived by his sister, Jean McKinley Wilson of Springfield, other nieces, nephews, family and friends, including many friends at the McAllen Mobile Home Park.

The family of Jack McKinley is humbled by the outpouring of love and support by their friends and family.

Funeral services were held at 11:00 a.m. on Wednesday, February 12, 2020, in Greenfield Funeral Chapel. Burial followed in Greenfield Cemetery. The family received friends on Wednesday at 10:00 a.m. until service time in the funeral chapel.
Memorial contributions may be made to Convoy of Hope or to the Wounded Warrior Project. Online condolences may be shared at www.greenfieldfuneralchapel.com. Services were under the care of Greenfield Funeral Chapel.