Caught in the Storm: Vedette Editor Recounts Ordeal of Being Caught in May 3 Hailstorm 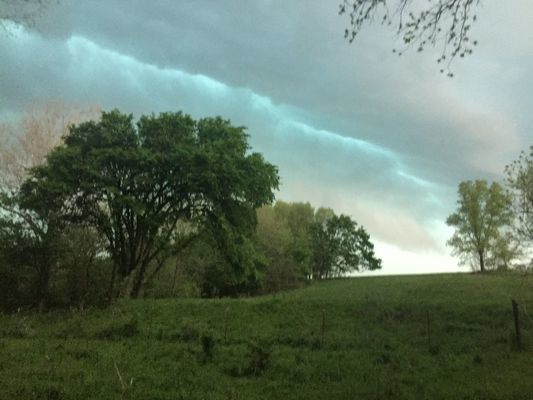 A green-tinted sky and menacing shelf cloud advance with a storm front over rural Lawrence County on May 3, shortly before unleashing a torrent of hail on the area. (Photo by Gina Langston) 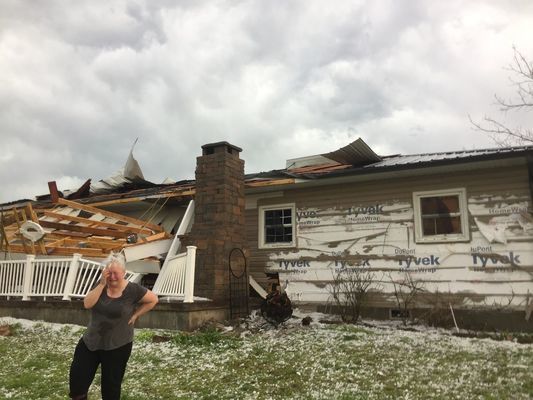 Patty Langston reveals her emotions about the day’s events related to the sudden hail storm in Lawrence County. (Photo by Gina Langston)
Previous Next

It was the largest hail I have ever personally witnessed, which would have been an awe-inspiring sight in and of itself, but for this storm I had a front-row seat. A show I would have rather watched from afar had I known what was about to happen.

As it is peak season for morel hunting in southwest Missouri, my brother, Jonathan Nash, and I met out at David and Patty Langston’s farm just east of LaRussell, MO, to go on an early morning hunt.

Yes, we knew there was a thunderstorm warning - but this is Missouri, how often do they really cause alarm anymore? The plan was to hunt for a bit until the rain started (if it started at all – it’s hard to trust the weatherman most of the time), and we usually don’t mind getting a little wet if it means finding some mushrooms!

Then, at about 9:45 a.m., was the quickest transition from sunshine to near darkness I’ve witnessed. It was still calm, with no wind, but I could hear the wind moving in, and I later realized it was not just the wind howling, but I was hearing the sound of ping pong ball-size hail ripping through the trees in the distance. I yelled at Jonathan that it was time to head back, still dry but too dark to see any possible mushrooms. I don’t think he heard me over the distant stampede of hail tearing through the wooded area we were hunting.

We began running back to the car parked just north of where we were, nearly a quarter mile through the wooded, uneven ground. We only made it about 20 feet before the hail came down full force. Large hail and cold rain came down so fast that it was difficult to see and painful with each strike. We knew we were in the worst possible place as we were sandwiched in between a quickly rising creek bed and the farm’s lake. Staying put wasn’t an option, especially if the water continued to rise.

We were hit repeatedly over the head, back, shoulders, hips, hands and feet, constantly. Mostly large ping pong ball-size hail; I took a hard hit to the face when I looked up for a brief moment to try to locate our car in the rain, hail, woods and darkness. The ground had been warm, which would make it great for mushrooms, but the quick downpour left the ground soggy with a growing layer of rounded balls of ice. I’m not sure how many times I fell, I just know each time I had to get up because staying down did not shelter me from the hail and would serve zero protection from the creek and nearby lake.

We were pelted all over, over and over, like a hundred paintball guns were shooting directly at us. A few trees were used momentarily to block the unforgiving hail; it didn’t help much, but enough to protect a portion of our bodies and give some relief.

“We lost visibility and I was trying to find cover wherever I could. I was hoping to wait for the hail to pass but it seemed like it never would,” said Jonathan.

We scouted each larger tree ahead of us to find one just a bit closer to the car to hide behind limiting direct hits. It hurt so bad, and I think we both knew that if the hail got any bigger we wouldn’t make it.

We finally got to the car and took stock of our injuries and damage to the vehicle: we had welts from head to toe and the back glass of the Traverse had been shattered, with the side mirrors busted out. I was so happy the heat worked well, but that was the highlight of the trip.

The soggy, soft ground prevented the car from getting enough traction to make it up the hilly field to the gate, still another full field away from the county road where we had left the gate open when we anticipated an uneventful trip. The hail was still coming down and we couldn’t get signal to call for help. Once the hail finally stopped a text miraculously went through, and we were told a search party was sent out, even as our family and friends were examining the damage to their homes.

We were told Gary Stockton said, “We need to do a rescue to find Gina and Jonathan.” He said this just after the storm had passed and he had gotten his first glimpse of the damage to the home he shares with his wife, Jane.

We had told the family where we were going so it didn’t take them long to find us. First on the scene was neighbor Mitch Boggs in his John Deere Gator, with my father-in-law David Langston just behind him followed by Stockton.

Even with the severe damage to their homes, they jumped into action to get us to safety before lifting a finger to clean up and survey their own damage. Damage that Jonathan and I weren’t even aware of until we abandoned my vehicle and drove up to the houses.

The gate we used to get to the field was just across from the Stocktons’ house, and at first I didn’t notice the damage to their house as we drove by, but as soon as I saw the next house, the late Charles and Kathryn Langston’s home, I lost it.

I had no idea, even though I clearly knew it had hailed, I had the knots and bruises to prove it.

Every window was knocked out and the siding was shredded.

As we drove up the hill to David and Patty’s house, my mother-in-law caught sight of us and was overwhelmed with emotion that we somehow survived.

We cried together, her crying over the fact that we survived the hail storm unsheltered that ripped open her house like a tin can, and I cried over the destruction of her beautiful home.

And then the sun popped out like nothing had happened. The piles of hail did not melt for four hours, even in the heat.

Thanks to everyone that called to check on our family or stopped by. Especially Mitch Boggs and his family. Their many hands made light work. We will forever be grateful. 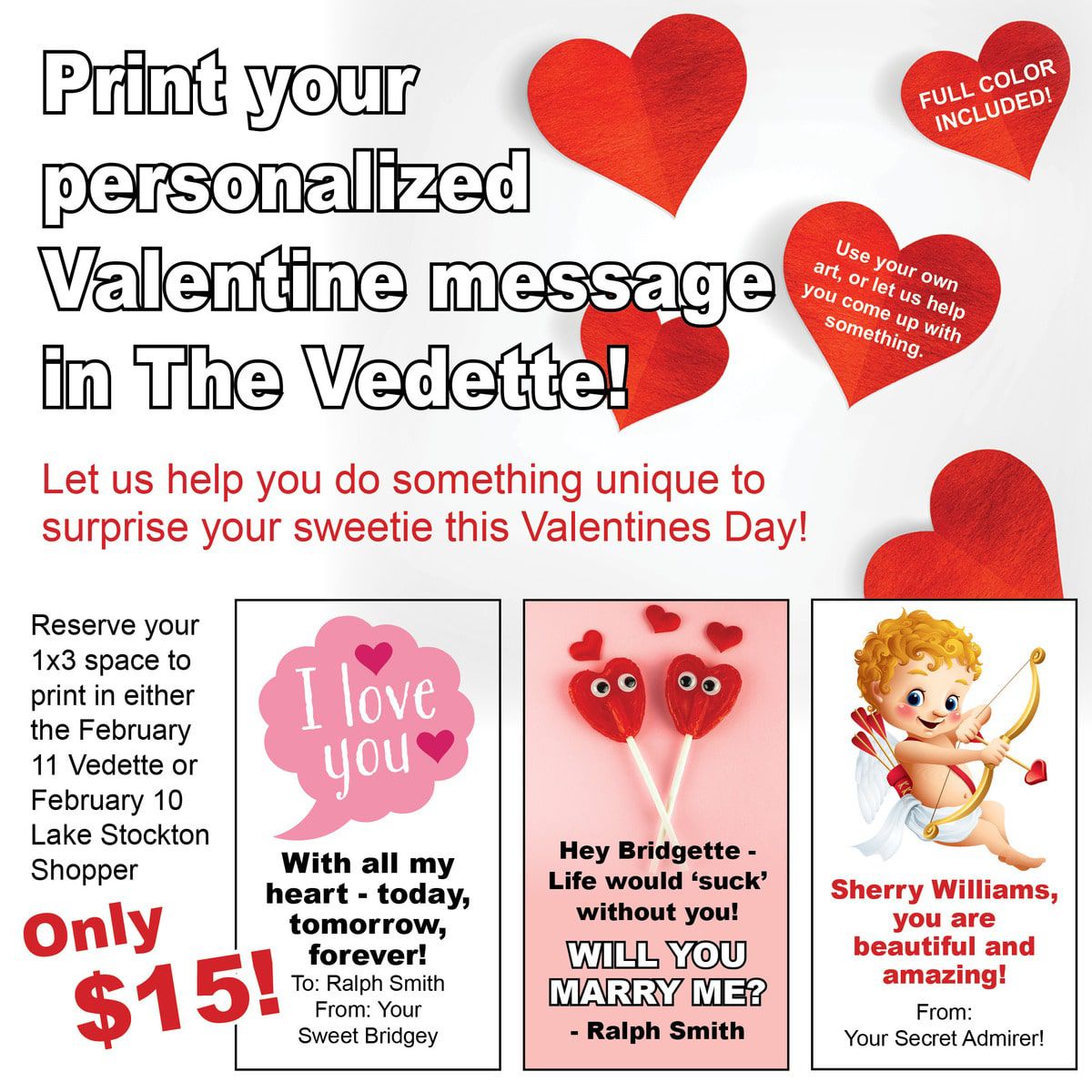