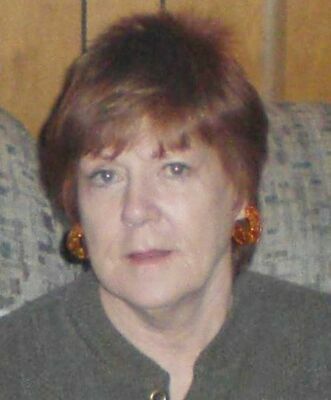 Carol Jean (Lauderback) Manouk, 79, resident of El Dorado Springs, Missouri, passed away on Thursday, May 20, 2021, during a short and intense battle with cancer. Her body was donated to science and the cremated remains returned to family. In leu of formal funeral services, a memorial service was given by her Jehovah’s Witness congregation, and a Celebration of Life may be held at a later date (post-Covid).

She is survived by her sister, Patricia Ann (Lauderback) Mittleman of Phoenix, Arizona and her grand-daughter Crystal Ivy Egan of Oklahoma City, Oklahoma, as well as many cousins, close friends and her dog Ralph and her two cats- Felix and Smokey.

Preceding her in death are her daughter, Shelly Lee (Evans) Egan; her parents, Sylvia (Linder) Lauderback and Albert Lauderback; her great-grand parents on both sides and her two ex-husbands: Bobby Sommers and Edward Manouk.

Carol was born December 26, 1941 in Culver City, California. She grew up and lived much of the first half of her adult life in Southern California where she raised her daughter Shelly, developed a love of jazz music, married and divorced Bobby Sommers and then Eddie Manouk.

Early 1980’s Carol moved back to the Lauderback homestead in Walker, Missouri, to help take care of her grandmother, Katie, be closer to her parents, Albert and Sylvia Lauderback, and to prepare for her daughter’s, Shelly, move to Missouri from California.

After her daughter’s tragic death in 1983, she moved to Dadeville, Missouri, where she began raising her granddaughter, Crystal Egan and worked in Springfield, Missouri as a nail technician until the mid-1990’s when she moved to Stockton, Missouri, where she owned a storage business until her father died in 1998. Carol then moved back to the family homestead in Walker, Missouri, for a few years until she eventually moved to El Dorado Springs, Missouri, in 2007.

Carol loved being in nature, hiking, hunting, fishing, mushroom hunting, gardening and collecting rocks. She also loved all animals; all the strays seemed to know where to go to find a warm and loving home. Being an avid horseback rider for many years, she was also known as Nevada Red in the trail riding communities.

Carol was known for her sense of humor and could put anyone at ease, even in the toughest of situations. But she was also known for her red-headed temper. She was a force to be reckoned with when angry, but an absolute joy to be around when she was happy.

Carol was a woman that knew how to wear gold, appreciated a good steak, and the finer things in life but happily made do with fixing what was broken and discarded by others, making it beautiful again.

Carol was a creative, resourceful, tough, independent woman who lived exactly how she pleased. She was deeply loved, and the absence of her very large personality has left an equally large hole in our hearts. She will never be forgotten.