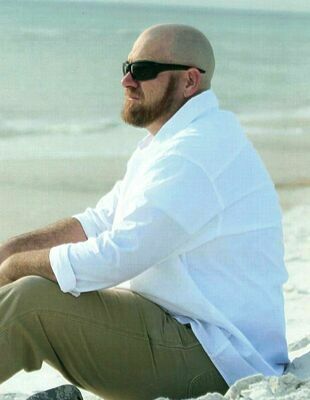 He married Whitney on February 9, 2019, and they settled on his farm. Todd enjoyed traveling, his dogs, and later his Herford Cattle.
He is survived by his wife Whitney Davis; his parents, Stephen C. and Mary Lynne Harper; two sisters, Sarah Sims and husband, Brian and Karen Harper; one nephew, Thomas Sims; one niece, Stephanie Sims; and many aunts, uncles, and cousins.

Preceding him in death were his grandparents, Richard and Christine Harper, and Benton King and Mary Margaret Wilson; and his beloved English bulldog, Guy.

Families with veterans suffering from PTSD, please get them into care. Contact your congressman to ensure better VA care for this disorder.

Graveside services were held at 10 a.m. on Tuesday, September 21, 2021, in Greenfield Cemetery. Family and friends were welcome to pay their respects at their convenience on Monday from noon to 5 p.m. in the funeral chapel.
Memorial contributions may be made to the Greenfield Cemetery.
Online condolences may be shared at www.greenfieldfuneralchapel.com. Services were under the care of Greenfield Funeral Chapel.