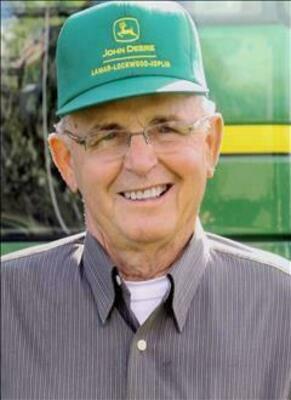 Norman worked as a farmer which included crops, cattle and hogs. He was a salesman for Vigertone Seed, he was a member of the First Christian Church in Golden City, Missouri, Lockwood VFW, American Legion, Golden City School Board, Fire Board, Good Shepherd Board, PCA Board, Federal Land Bank, MFA Board and a board member of Dade County Soil & Water District. He enjoyed snow skiing and always had a good time hunting pheasants in Kansas with family. He loved attending the sporting events at Golden City schools and received the community athletic supporter award in 2016-17. His family was dear to him and he enjoyed attending the many athletic events and activities of his grandchildren and great-grandchildren.

The family will receive friends from 6 to 7 p.m., Wednesday, November 17, 2021 at Daniel Funeral Home in Lamar, Missouri

Contributions are suggested and made payable to the Lockwood VFW, IOOF Cemetery or the “Good Endings Room” at Good Shepherd Community Care in care of Daniel Funeral Home.

Condolences may be shared at www.dfhlamar.com.