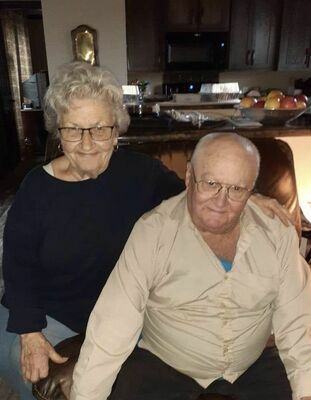 David was born in Everton, Mo. on April 22, 1940 to Seldon and Jessie (Hammons) Pendergrass.

David married Carol Adcox on December 19, 1959. They just celebrated their 62nd Anniversary. To this union 4 children were born. They resided in the Kansas City area until he retired in 1985 from the Teamsters Local 41.

David loved all his dogs and he had many over the years. They were his constant companions accompanying him everywhere he went. He was an avid hunter, fisherman and a collector of many things.

David was preceded in death by his parents; sister and brother in law, Betty and Bill Freeze; brother, Charlie Pendergrass; granddaughter April and grandson David Austin.

In lieu of flowers Memorial Donations may be made to St. Jude Children’s Research Hospital and may be left at the funeral home. Please note “In Memory of David Pendergrass” in the memo.

Bluegrass on the Square 2022