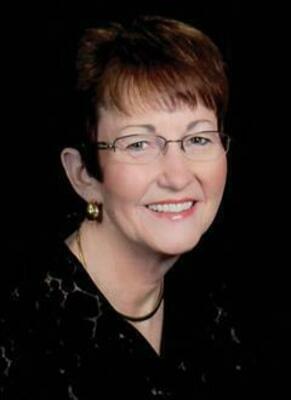 Marilyn Sue (Cain) Selvey, age 73, of Lamar, Missouri, passed away Sunday, April 10, 2022, at Good Shepherd Nursing Home in Lockwood, Missouri after a long battle with Parkinson’s Disease.
Marilyn was born January 26, 1949 in Springfield, Missouri, to Dr. Alvin and Trula (Theel) Cain. She was a life-long resident of Lamar where she attended all her years of school, graduating high school in 1967.
Marilyn was an honor graduate of Southwest Missouri State University, earning a Bachelor’s Degree in English Education. In 1973 she began her career as a high school English teacher, first at Golden City, followed by 30 years in Lamar High School.
After receiving a Master’s Degree from Pittsburg State University, she served as the Lamar High School counselor for over ten years.

On July 22, 1973 at Lamar United Methodist Church, Marilyn married Robert Allen Selvey and they were blessed by the gift of a daughter, Kara Kristine. God and family were Marilyn’s highest priorities. She was a devoted wife and mother who delighted in being Mimi to her grandchildren.
As a member of Lamar United Methodist Church, Marilyn taught Sunday School classes, served on many committees and participated in various bible study groups. When she wasn’t teaching or taking care of her family, she loved to travel.

Always active in her community, Marilyn served on the Park Board, Lamar R-1 School Board, Library Board, L.I.F.E. Board, and as president of the Barton County Humane Society. She enjoyed the fellowship of P.E.O. Chapter EP sisters and the friendships fostered through numerous bridge clubs.
Her love of nature, flowers, birds and animals could be readily seen in her beautiful flower beds, numerous bird houses and feeders, as well as in the hospitality and care she provided for countless homeless pets through the years. Marilyn shared her green thumb talents, time and effort with the community through her work with her fellow Master Gardeners.

Marilyn was preceded in death by her parents and an infant daughter, Lauren Beth.

Funeral services will be held at 2 p.m. Friday, April 15, 2022, at Lamar United Methodist Church where the family will receive friends from 12:30 p.m. until service time. Burial will follow in Lake Cemetery.

Contributions are suggested and made payable to Trula Cain Dog Park or L.I.F.E Foundation in care of Daniel Funeral Home, Lamar, Missouri.

Condolences may be shared at www.dfhlamar.com

Reagan Joins Miller Board of Aldermen