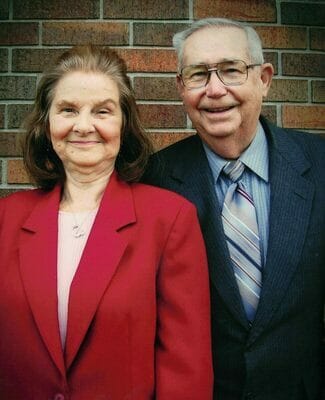 Willard Henry Small, of Lockwood, Missouri, departed this life on Monday, August 1, 2022, at Mercy Hospital in Springfield, Missouri, at the age of 94.

He was born on May 11, 1928 in Lockwood, Missouri, to Earl and Beulah (Daughtrey) Small. Willard graduated from Greenfield High School. He served his country in the United States Army during the Korean War. Willard was united in marriage to Dixie Lou Marshall on November 20, 1954 in the South Greenfield Baptist Church. He retired as an assistant foreman and truck driver for the Wholesale Supply Company. Willard was a car and truck enthusiast.

Preceding him death were his parents, Earl and Beulah Small; and his sister, Mary Catherine Stuart.

Graveside services were held at 11 a.m. on Friday, August 5, 2022, at Pennsboro Cemetery. In lieu of flowers, memorial contributions may be made to the Shriners Hospitals For Children.
Online condolences may be shared at www.greenfieldfuneralchapel.com. Services were under the care of Greenfield Funeral Chapel.

Bluegrass on the Square 2022